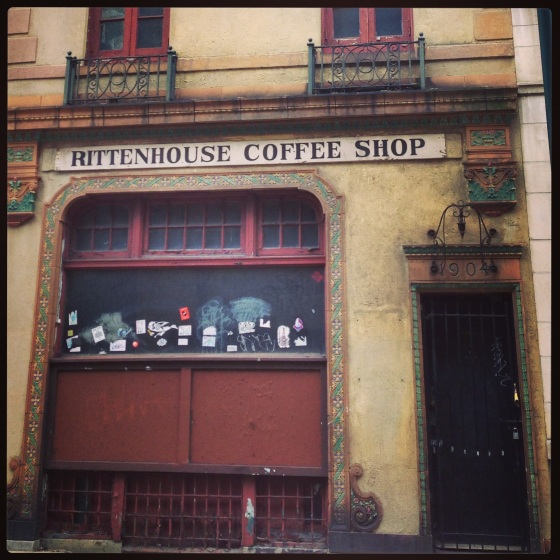 Yesterday I posted this picture of an abandoned coffee shop on Rittenhouse Square (on the backside of the empty lot on the square) on my Instagram (sambrando). I randomly stumbled upon this article today (click the photo) about that coffee shop and The Warwick (built in 1885) next door. In 2003 the PPA bought the buildings, gave Warwick residents 30 days to move out, and then did nothing but let it deteriorate. Of course there were battles with preservationists, and now the Walnut Rittenhouse Associates owns the buildings, which they purchased in 2007 for $36.7 million. WRA currently owes approximately $360,000 in tax liens. Will they ever be restored…….?